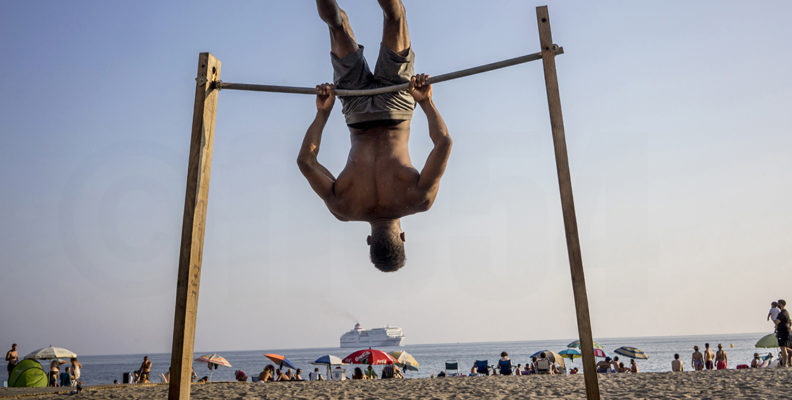 The following visual stories come from both sides of the Gibraltar Strait region. These ochre-blue territories are a gorgeous land, a sort of natural studio for postcard photography and a dear destination for affluent tourists avid of mediterranean warmth.

But besides this paradise-on-earth setup fuelled by EU money, lives of common people around here go by very much under the omnipresent border’s spell. This is a point where the North-South divide simply melts, which necessary implies a familiar global scenario: the destitute’s struggle to enhance their human condition. In this context, the meaning of border goes beyond a mere line on the map to become a gap to full-powered citizenship that can easily take generations to bridge.

Such misty territory means home for Spanish Roma, perennial dwellers at the fringes after centuries trying to fit without losing their cultural essence. Or a risky playground for a frustrated youth feeling deprived of any prospect other than feeding the euro machine with one of its vital pieces: cheap labour. Meanwhile, down across the sea, shady enterprises blatantly prosper sponsored by the rich North adding penury to the with of the border. Human trafficking, the main propeller of Sub-Saharan exodus, is one of them. Or hashish industry, nowadays boosted by the new export channels opened by clandestine migration. 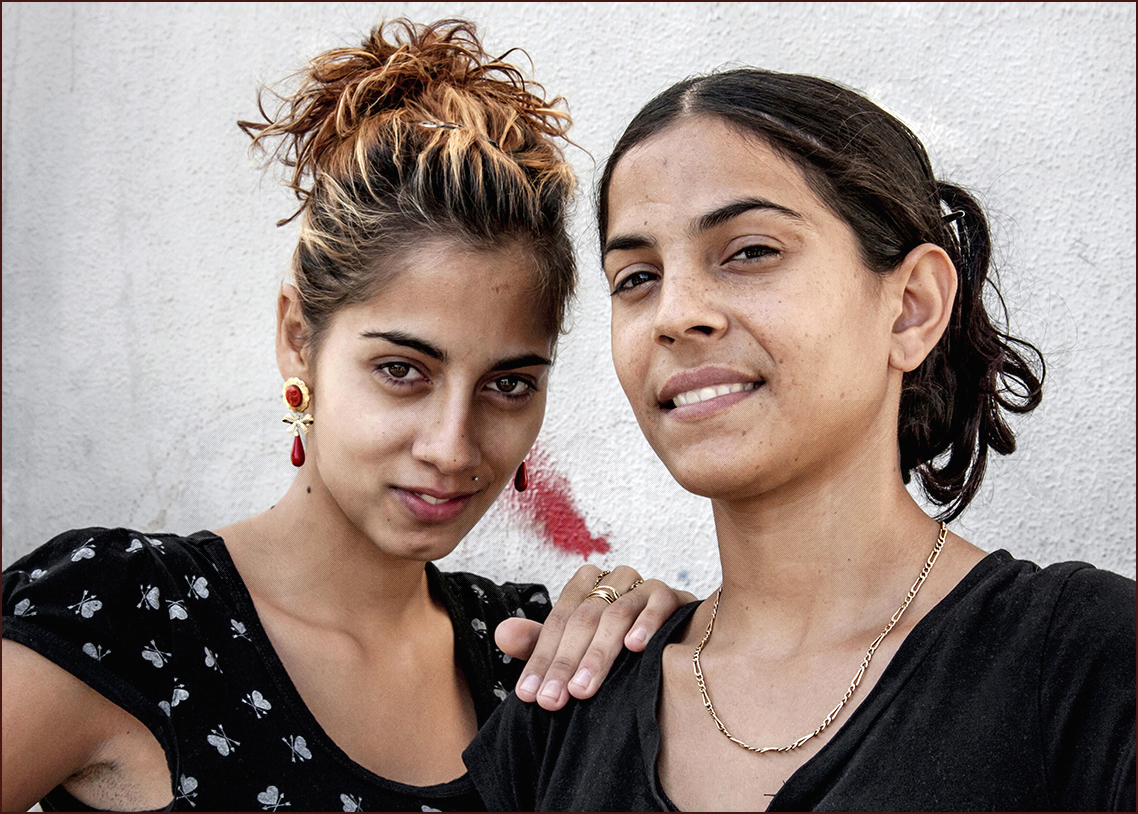 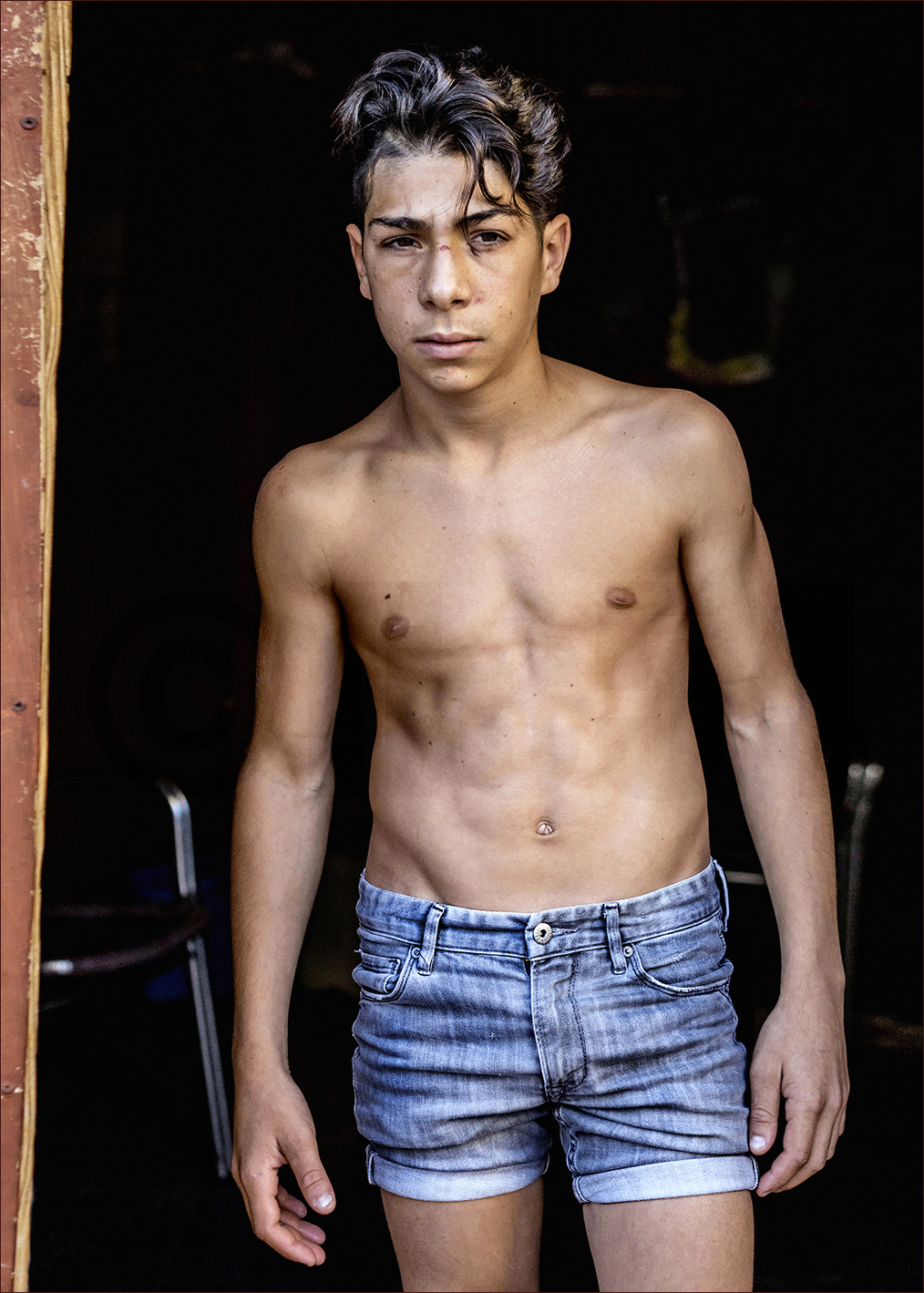 Almeria, Spain. Spanish Roma often perceive school drop-outs as a defensive stance against an official education system that, according to them, undermineS their traditional values. For youngsters like Miguel, street life becomes a preferable option. 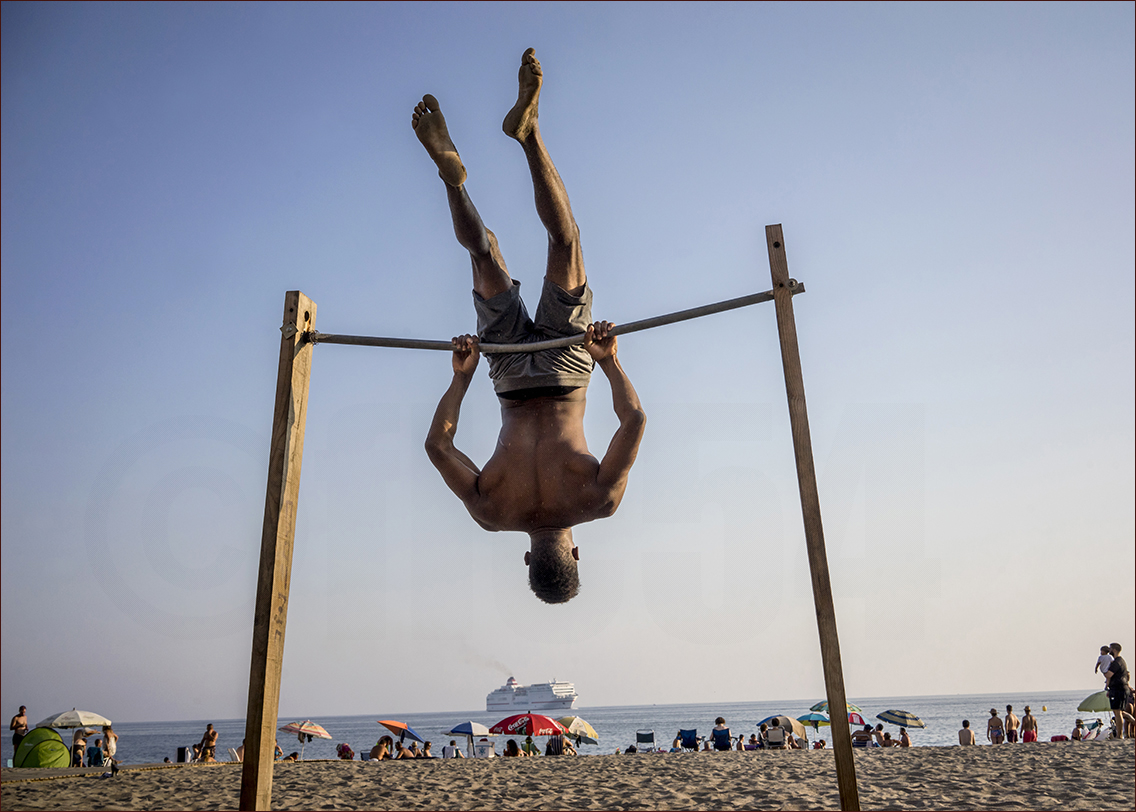 Almeria, Spain. “Both my dangerous journey from Niger and these last five years trying to fit in Europe”, street-workout pro Abdul says, “have provided me with one important gift: resilience”. 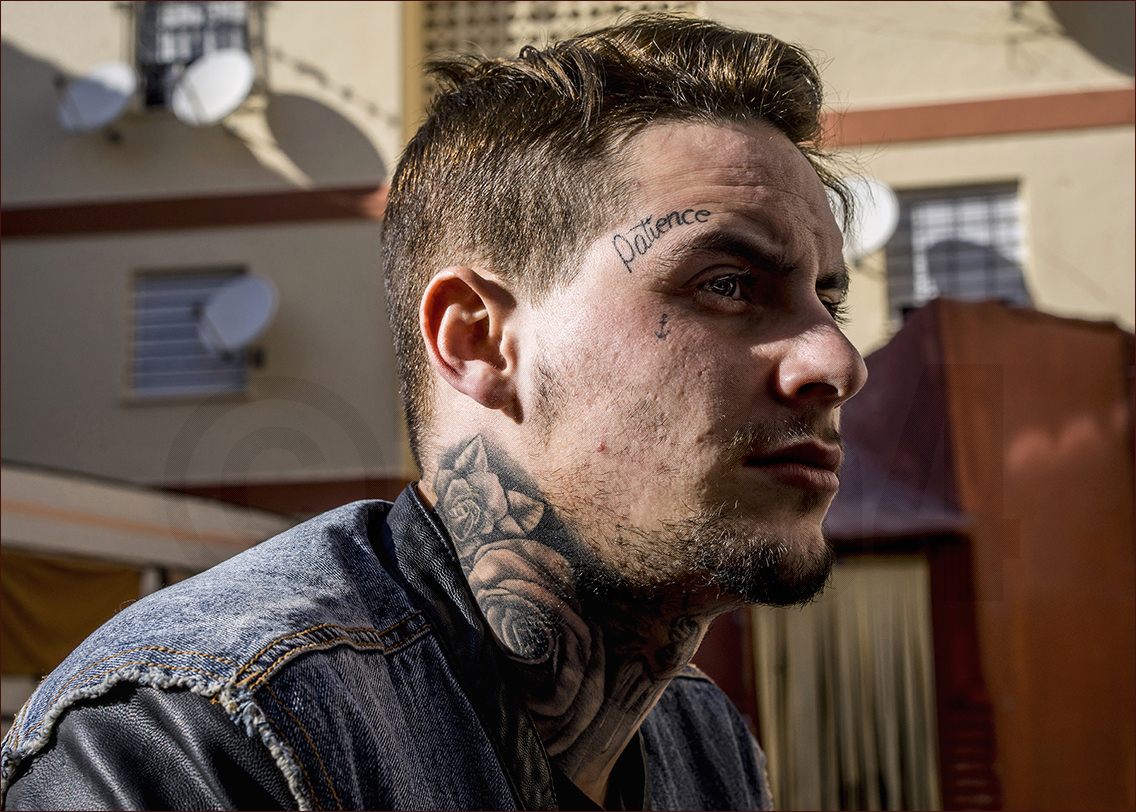 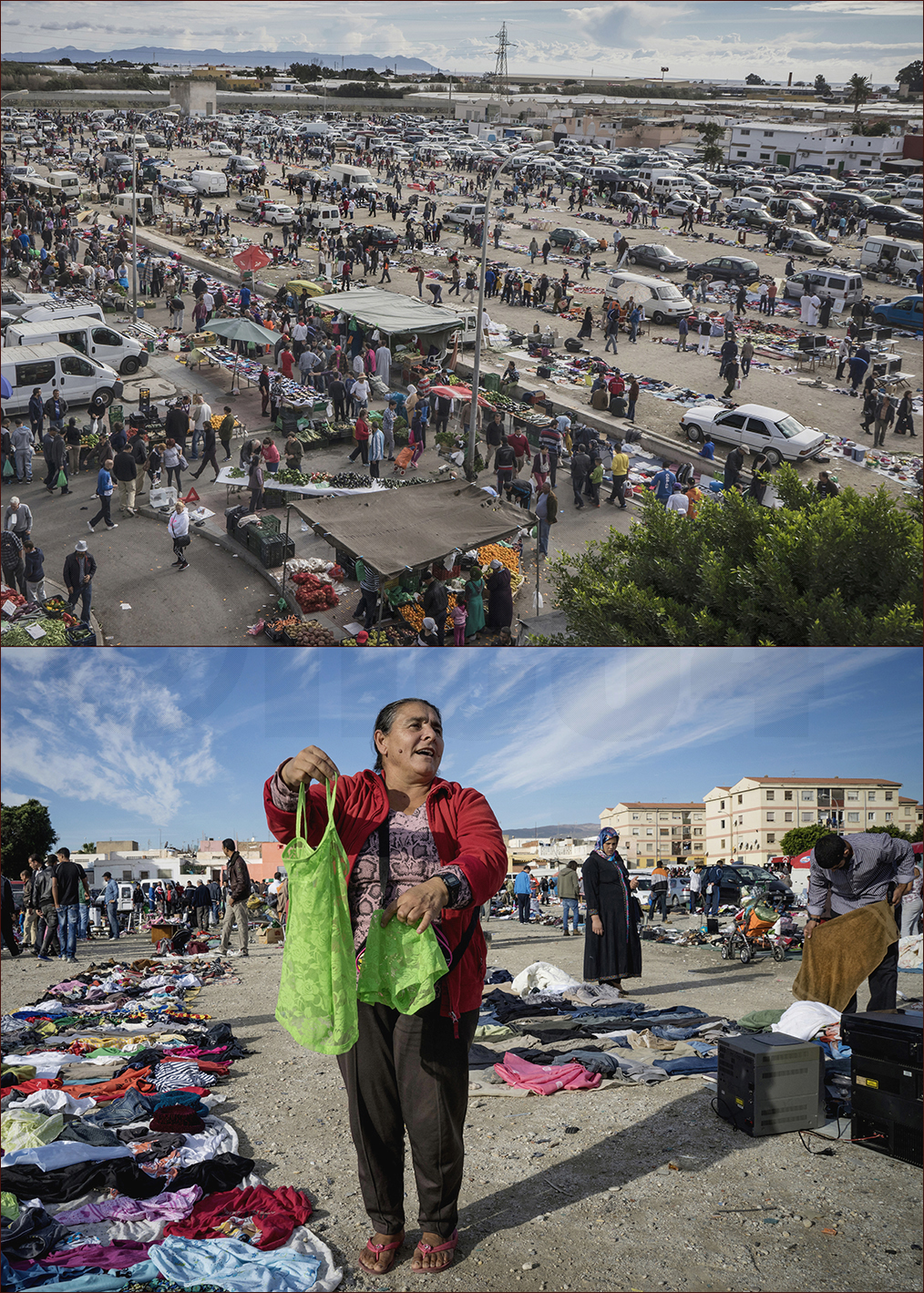 Almeria, Spain. A Roma woman advertises her merchandise at El Puche Sunday market. Most of the items traded here come from second-hand donations and waste collected in middle-class containers by jobless immigrants. 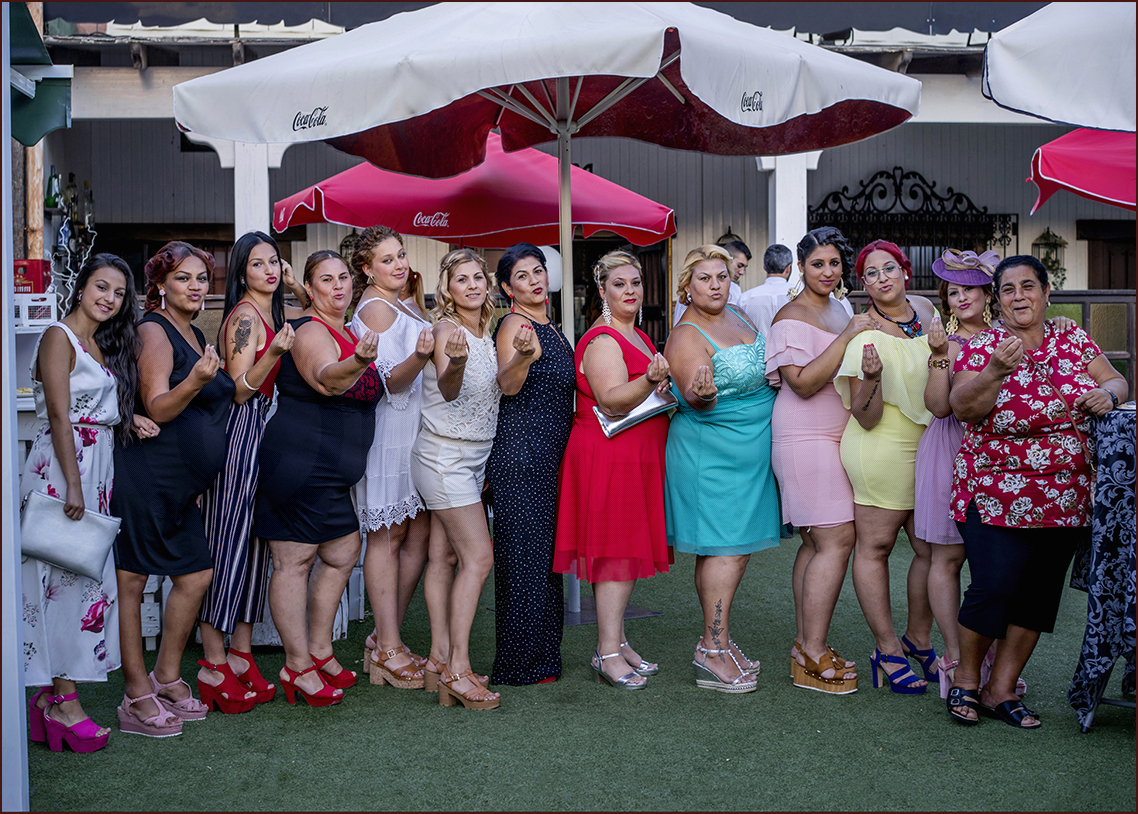 Almeria, Spain. Friends at a summer party. Spanish Roma women have a well-earned mother-courage reputation after having managed for generations to safeguard their families through the rigours of social exclusion. 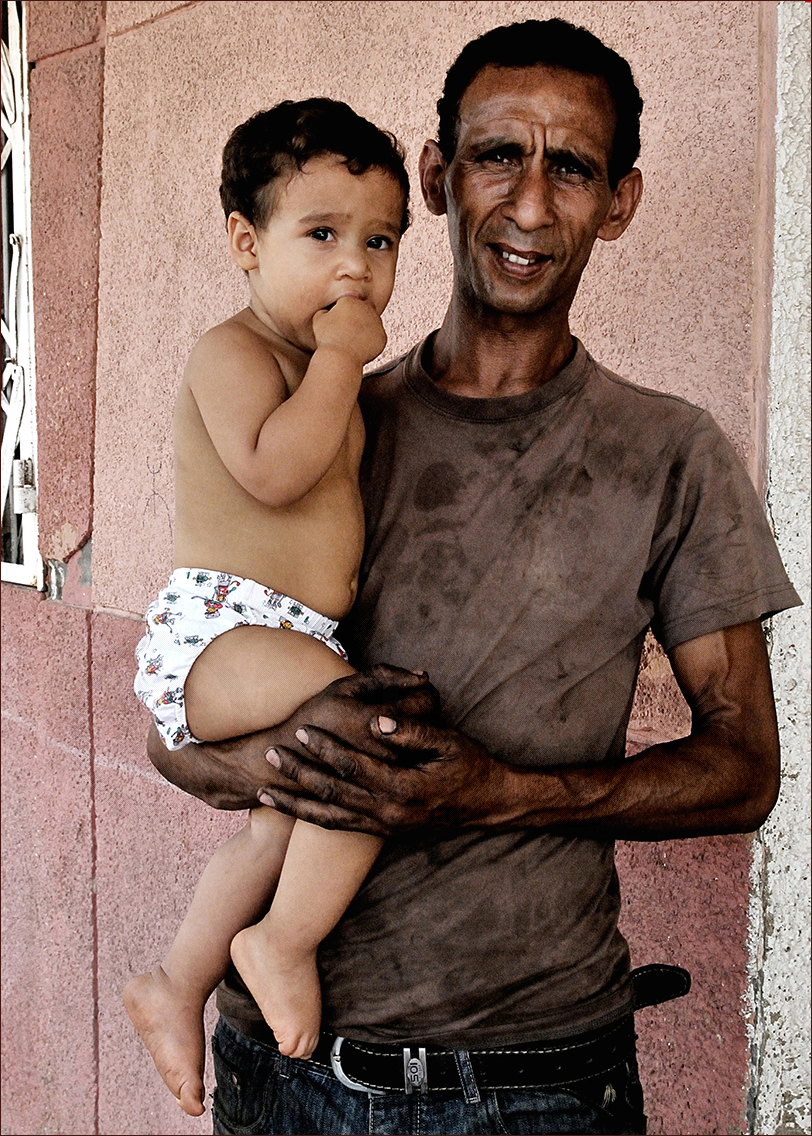 Almeria, Spain. Hassan, a mechanic of Moroccan origin, takes a break to babysit his child while waiting for the mother’s return from shopping. After years waiting, he finally succeeded in bringing his family from overseas. 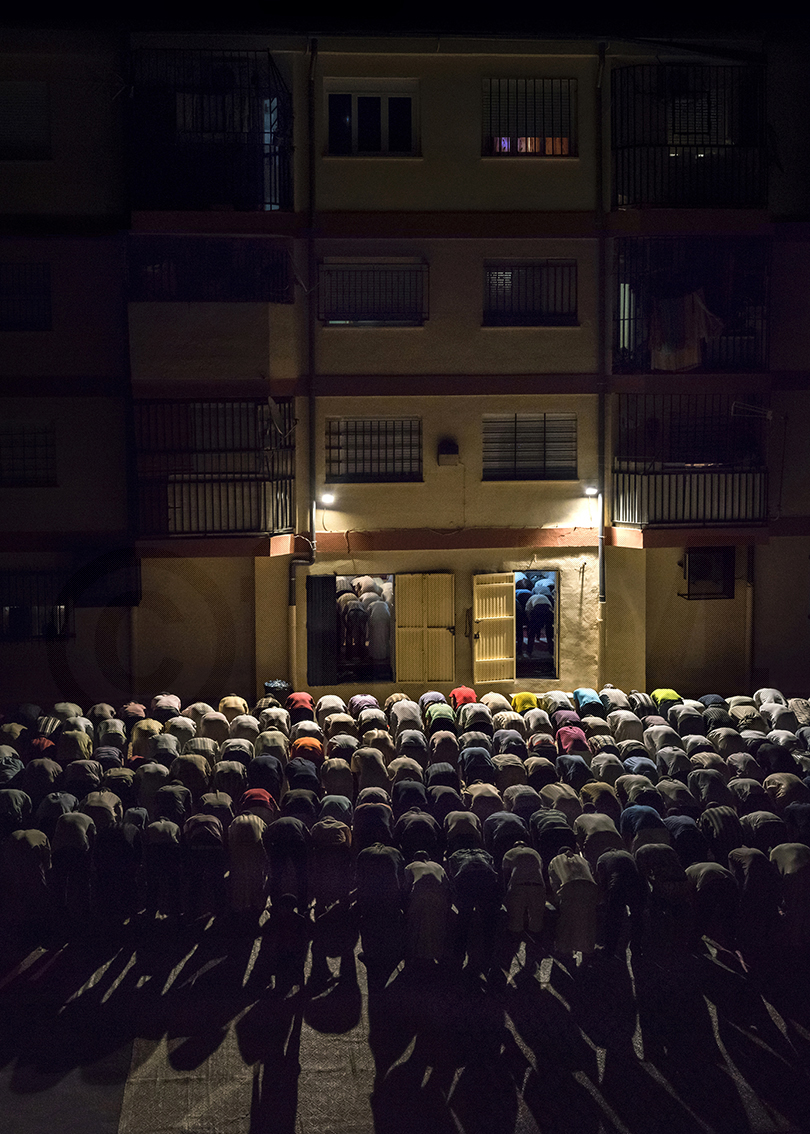 Almeria, Spain. Night of Ramadan. After three decades settled in the Eurozone, the local North-African community keeps complaining about the lack of institutional support for the growing Islamic culture. 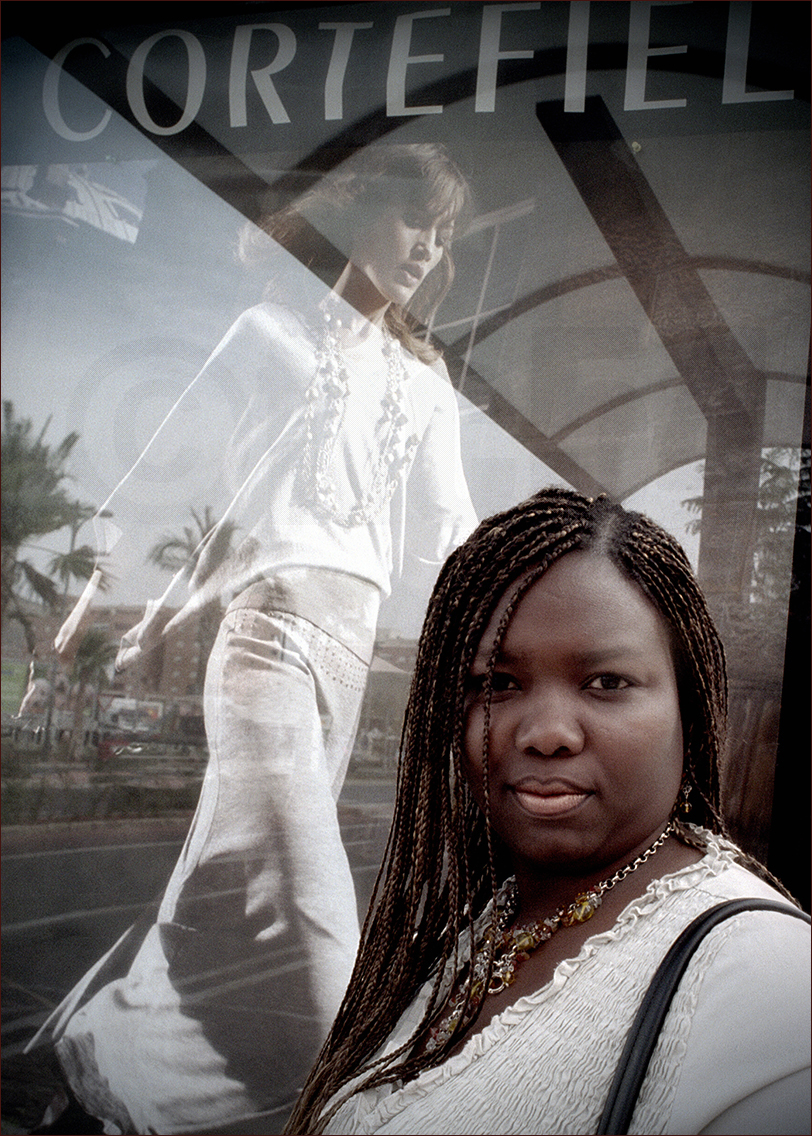 Aguadulce, Spain. Young immigrant on her way to a job interview. 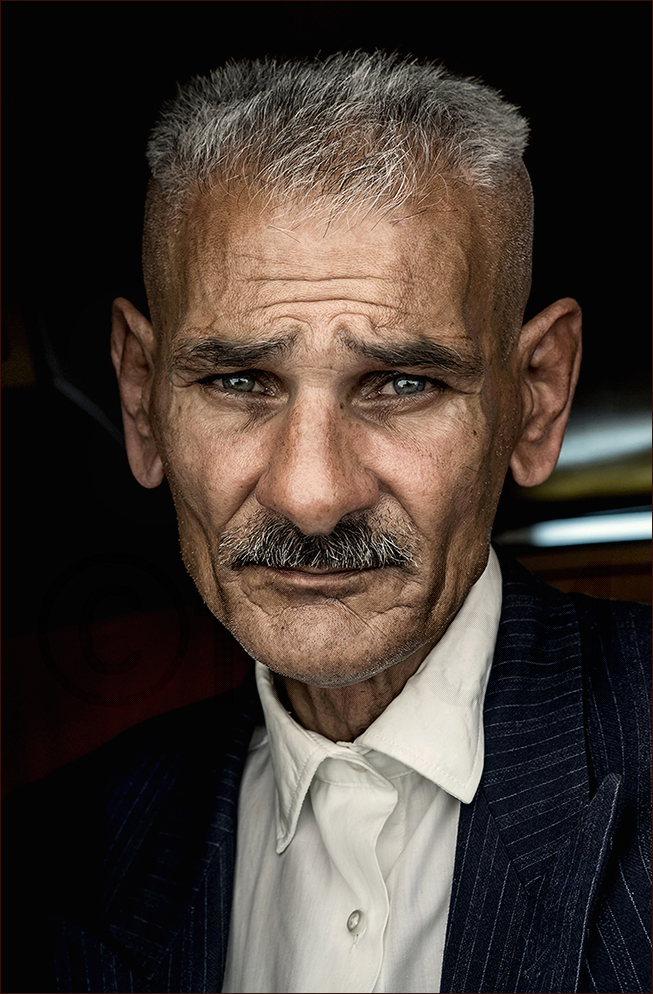 Granada, Spain. Wandering Hungarian Roma Emil describes his decade roaming around in Western-European countries as a “tireless struggle for dignity”. 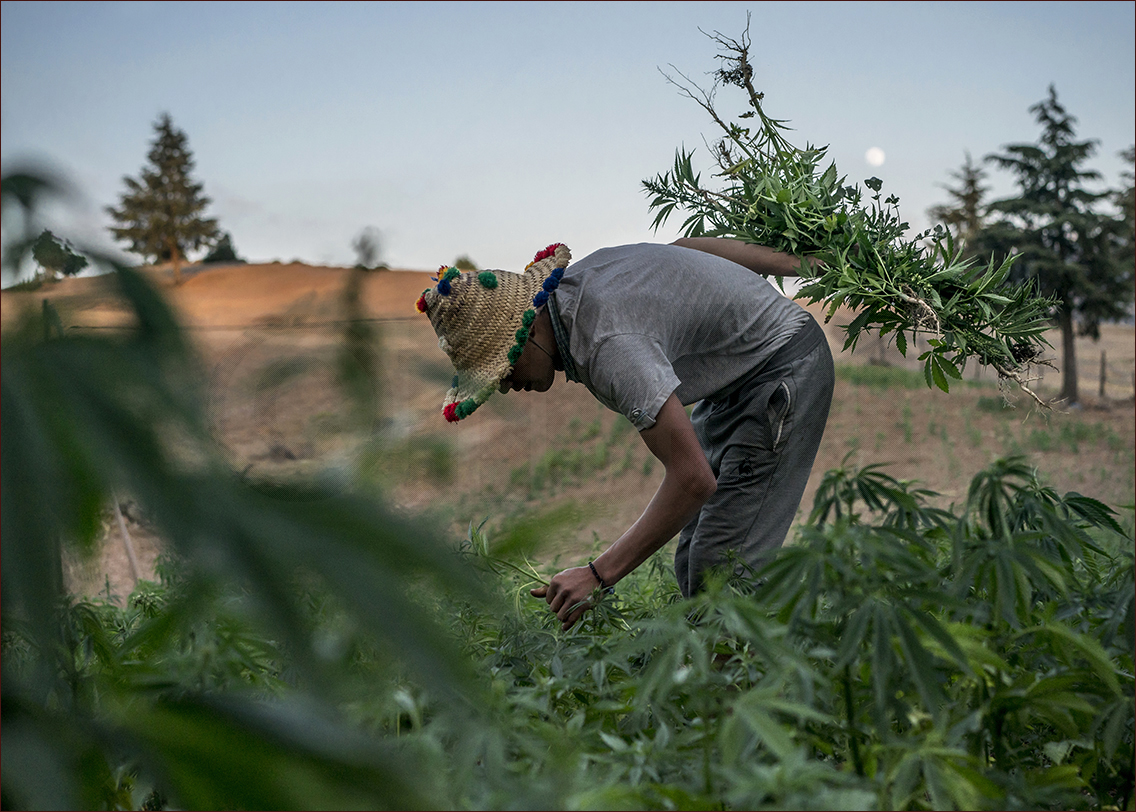 Al-Hozeima province, Morocco. Hashish production and its export to the EU keep youth in the poor mountainous regions of Northern Morocco from having to migrate. In the midst of the summer, with the female hemp already fertilised, male gender must be pull out of the plantations. 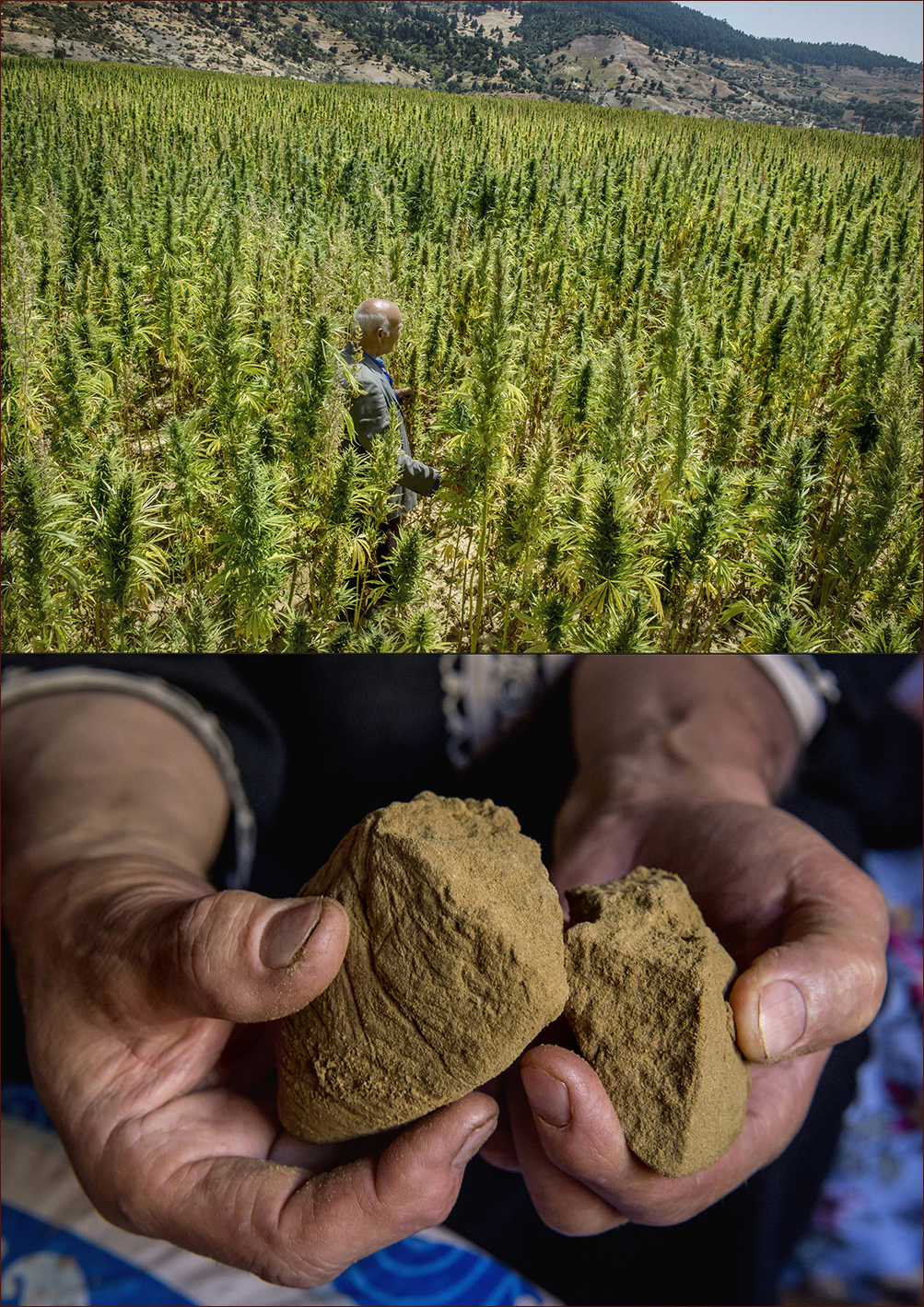 Al-Hozeima province, Morocco. In a hashish production scheme hemp fields have to be necessarily huge, since over one hundred kilo of plant are needed to extract a few kilos of the valuable resin. 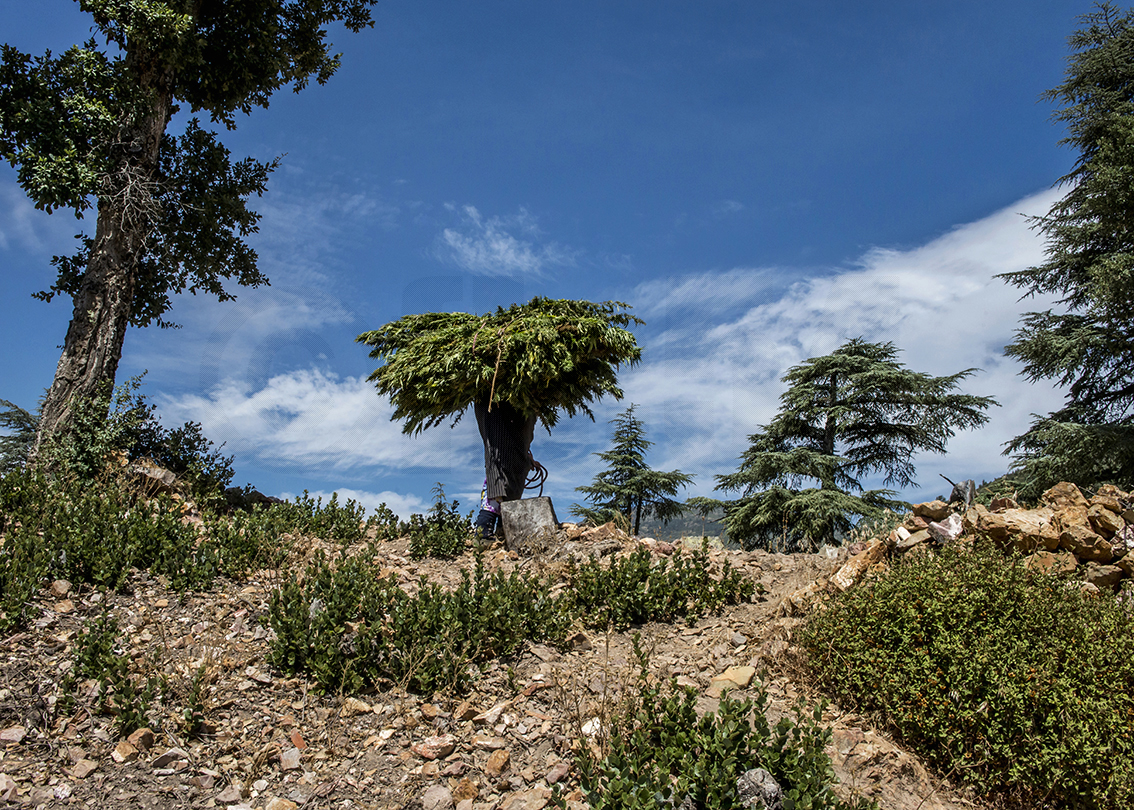 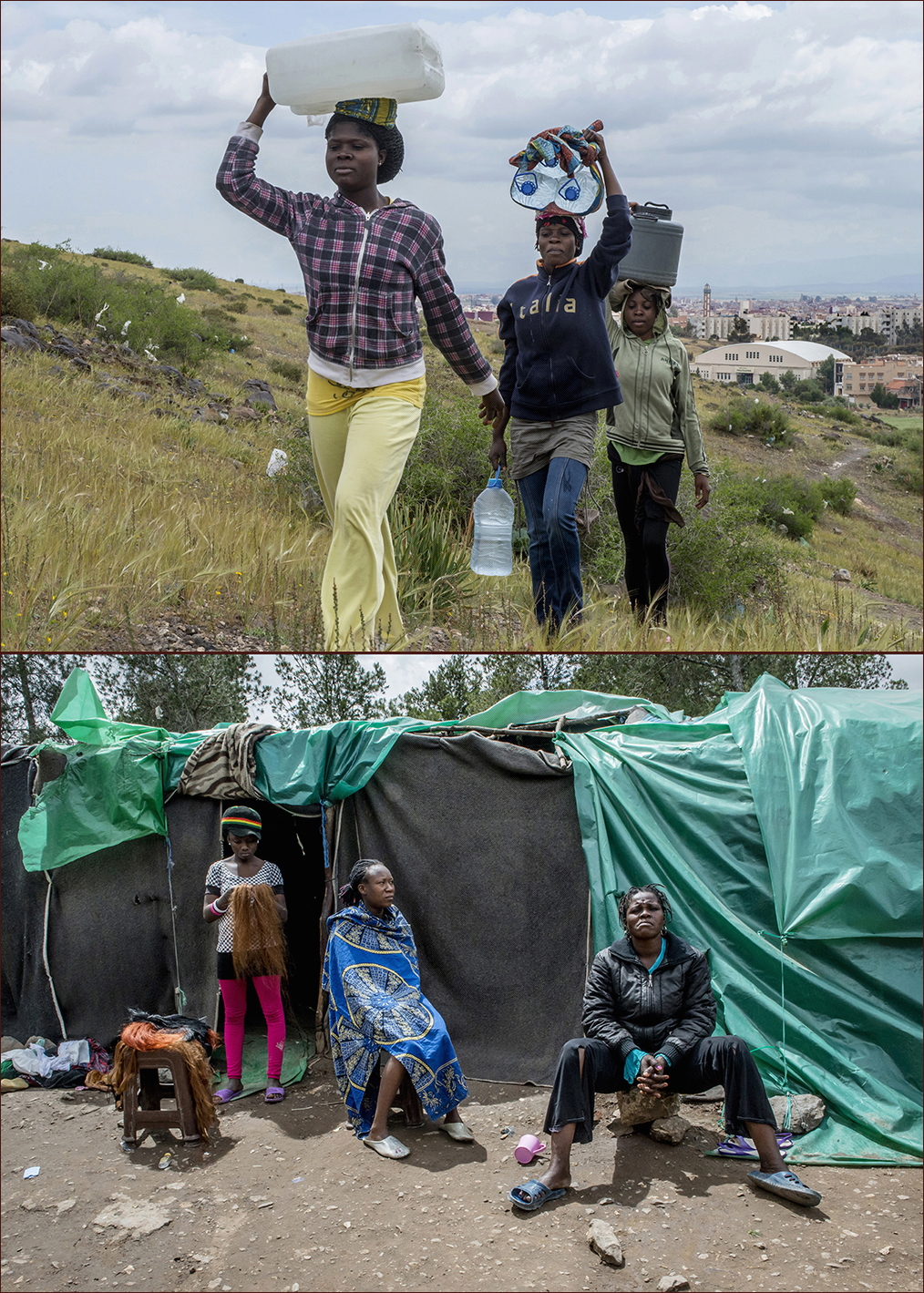 Oujda, Morocco. Sub-Saharan girls carry water to the forest shack compound where they anxiously await their last jump to Europe. Although these shady camp sites are intended as safe havens for vulnerable migrants, they live on under a constant threat from human traffickers. 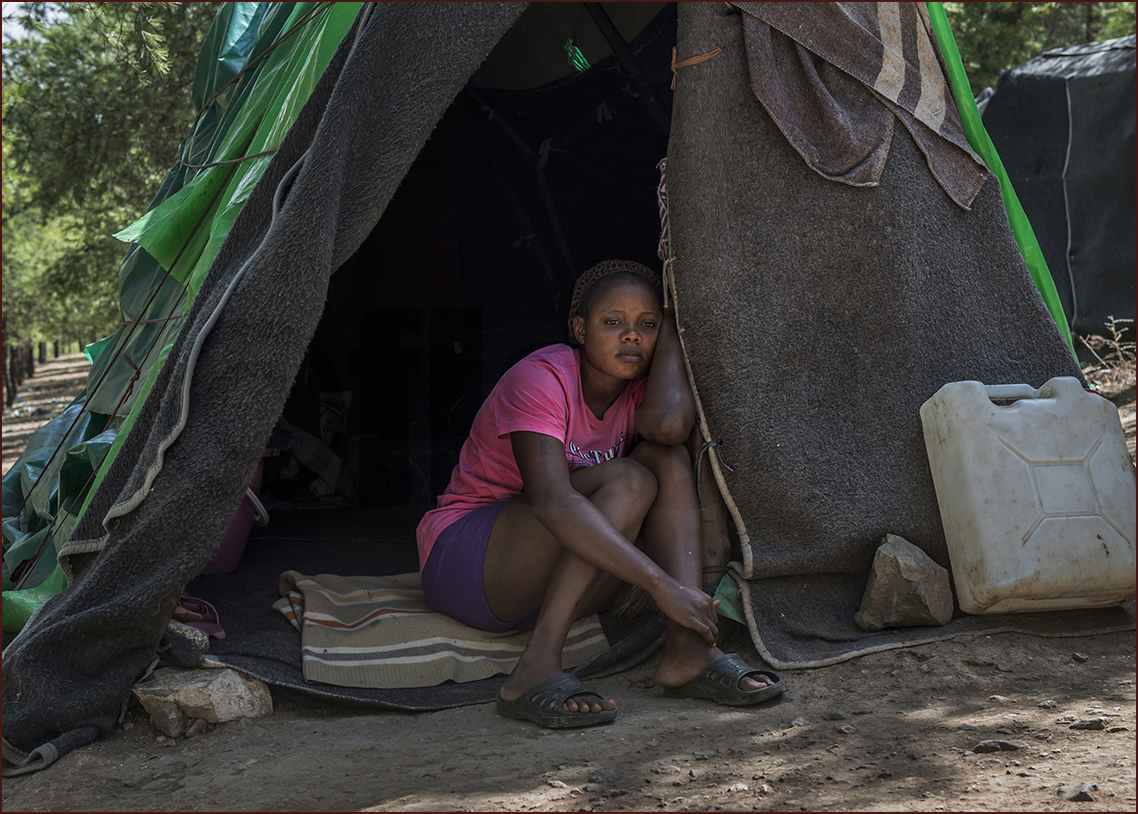 Oujda, Morocco. After her “nightmarish” crossing of the Sahara desert, a migrant from Nigeria seriously considers heading back home. “I never imagined”,she says, “what our own men would be capable to do with us”. 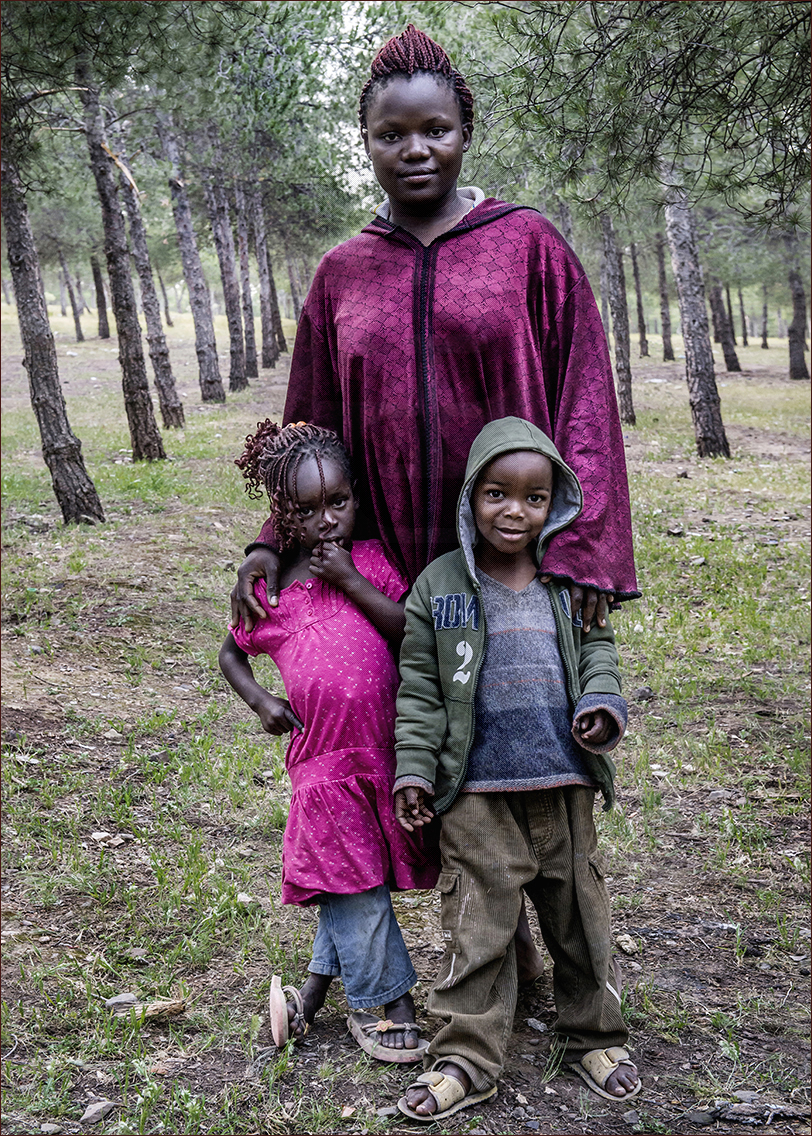 Oujda, Morocco. Despite admitting her growing terror of the sea crossing, mother-of-two Nigerian Marie refuses “to give up the wish of reaching Europe soon”. 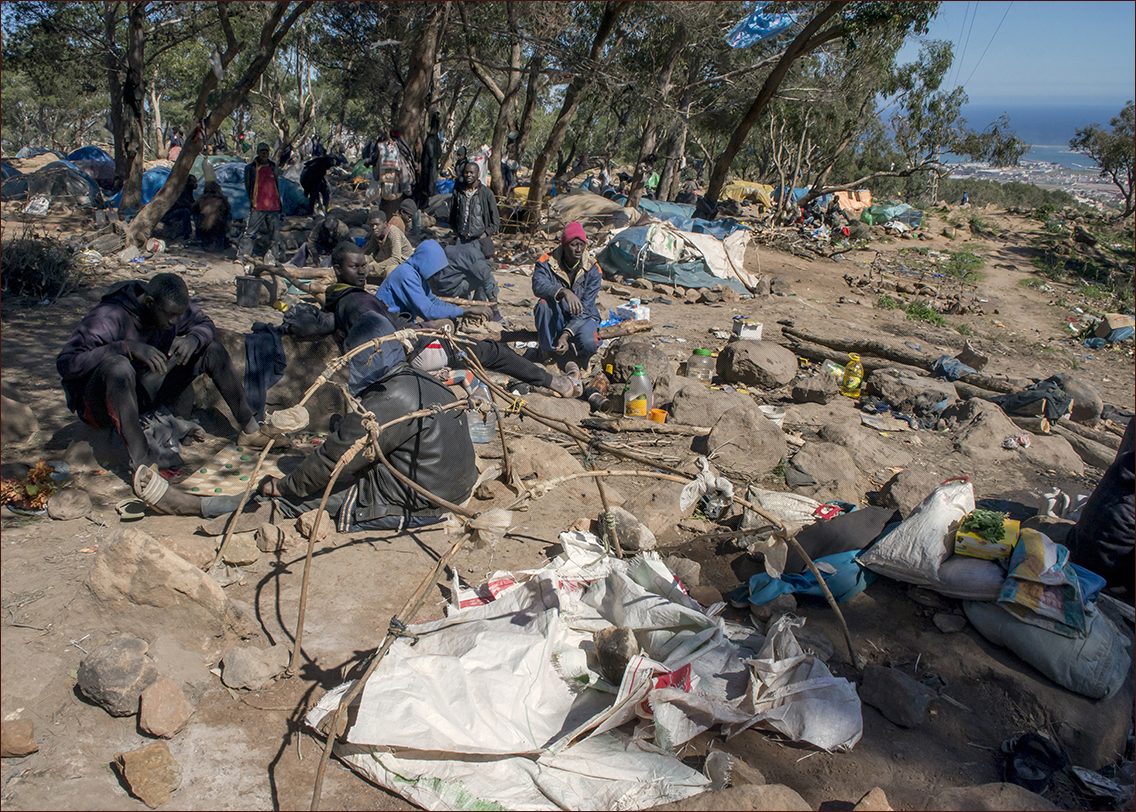 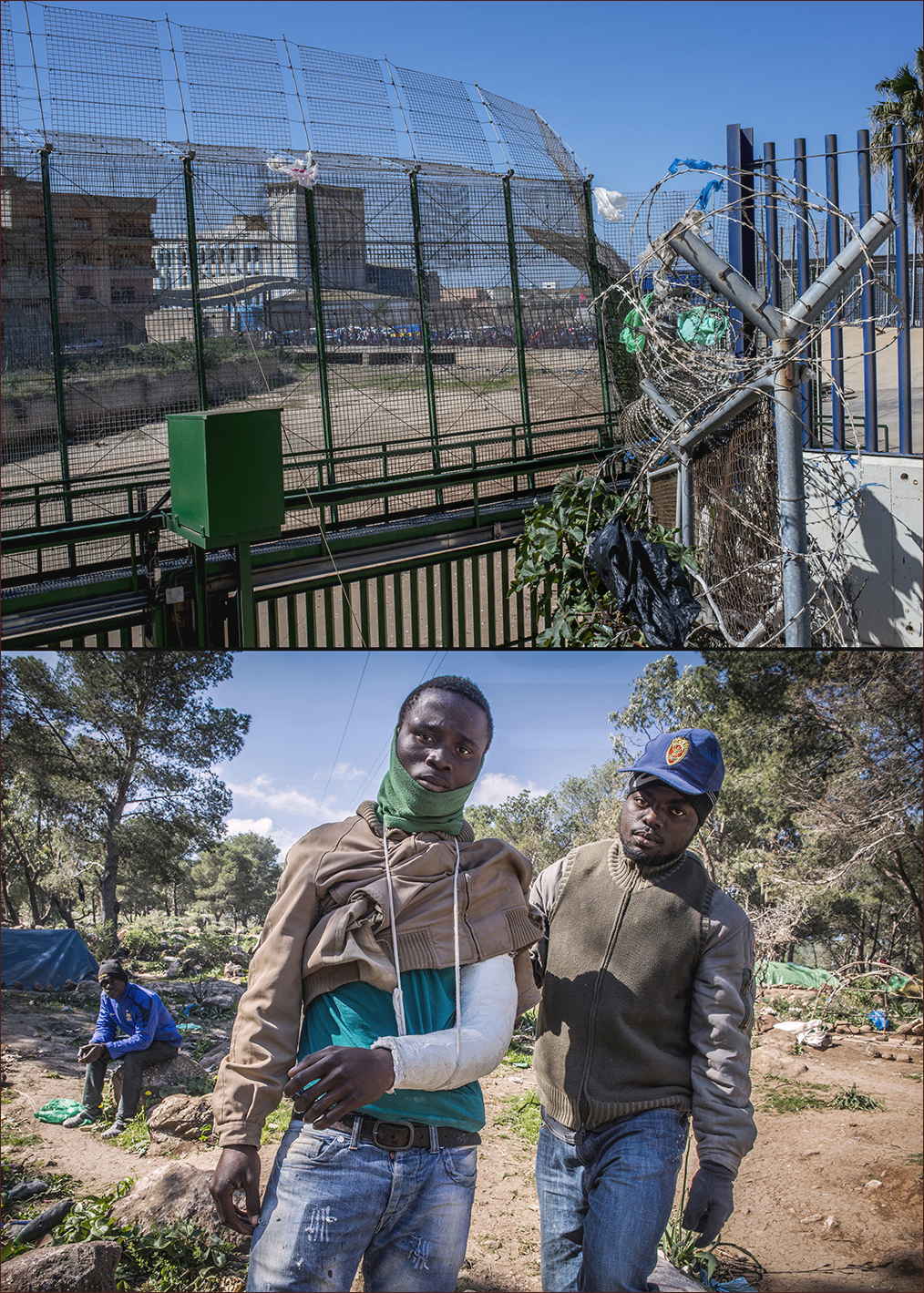 Mount Gurugu, Northern Morocco. Two Sub-Saharan migrants shortly after a scuffle with Moroccan security in their unsuccessful attempt to reach the border fence caging Melilla, the EU city on African soil. One of them got his arm broken as a result. The other managed to snatch a cap from the officers. 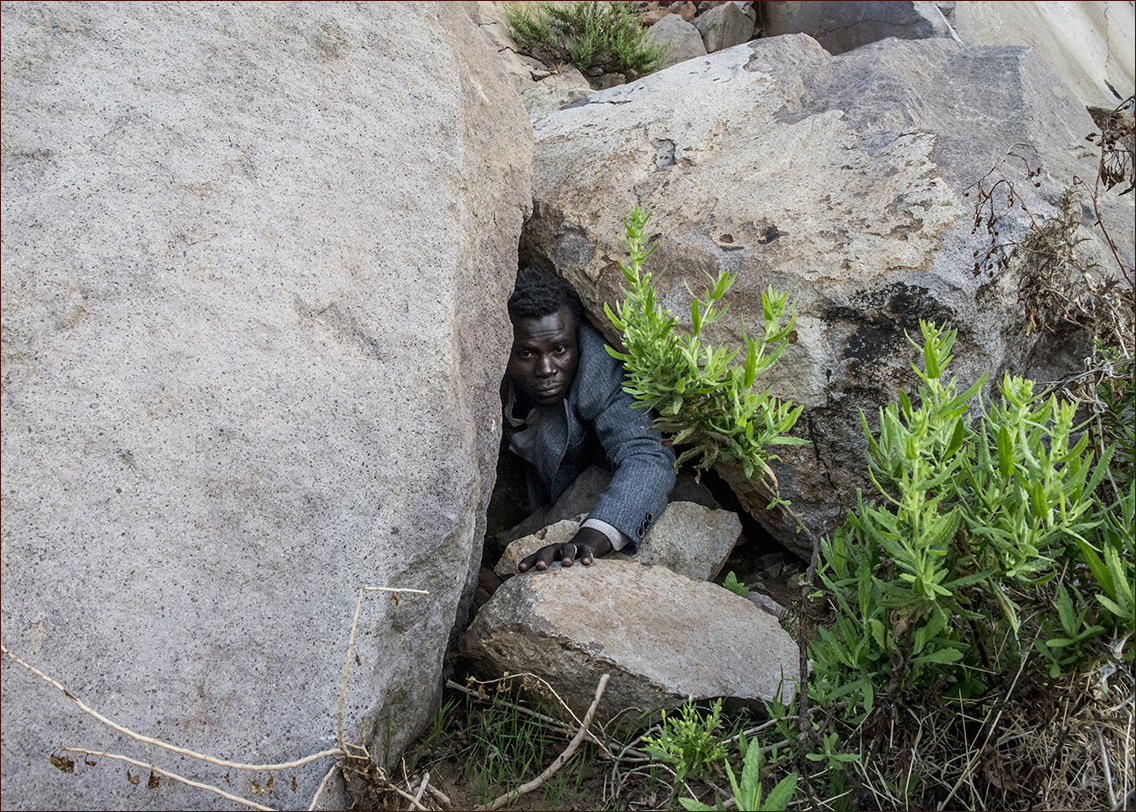 Mount Gurugu, Northern Morocco. A youngster from Cameroon goes out of the whole where he has been dwelling for months trying to avoid Moroccan security, waiting for the chance jump over the border fence surrounding Melilla, the EU territory on African soil. 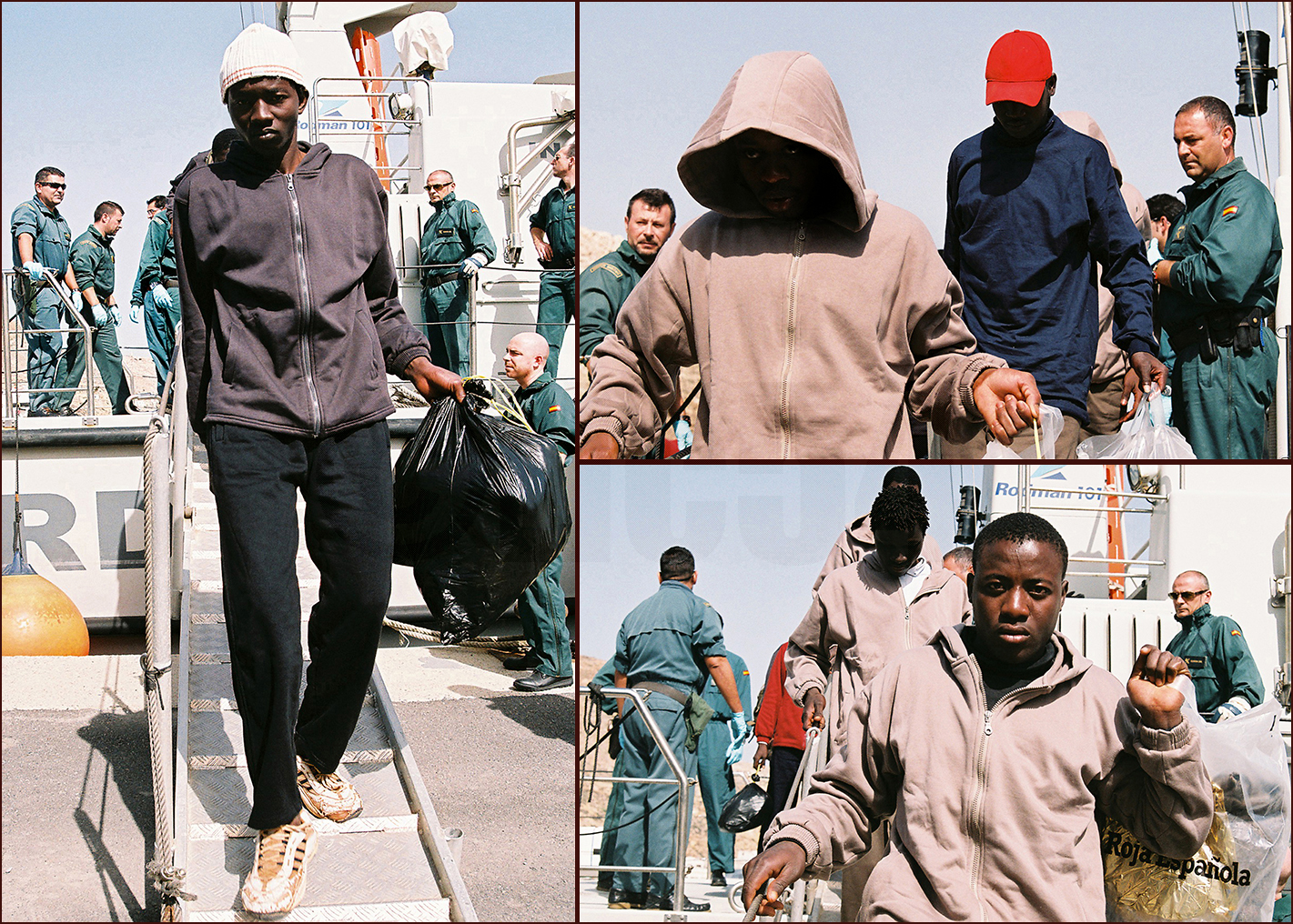 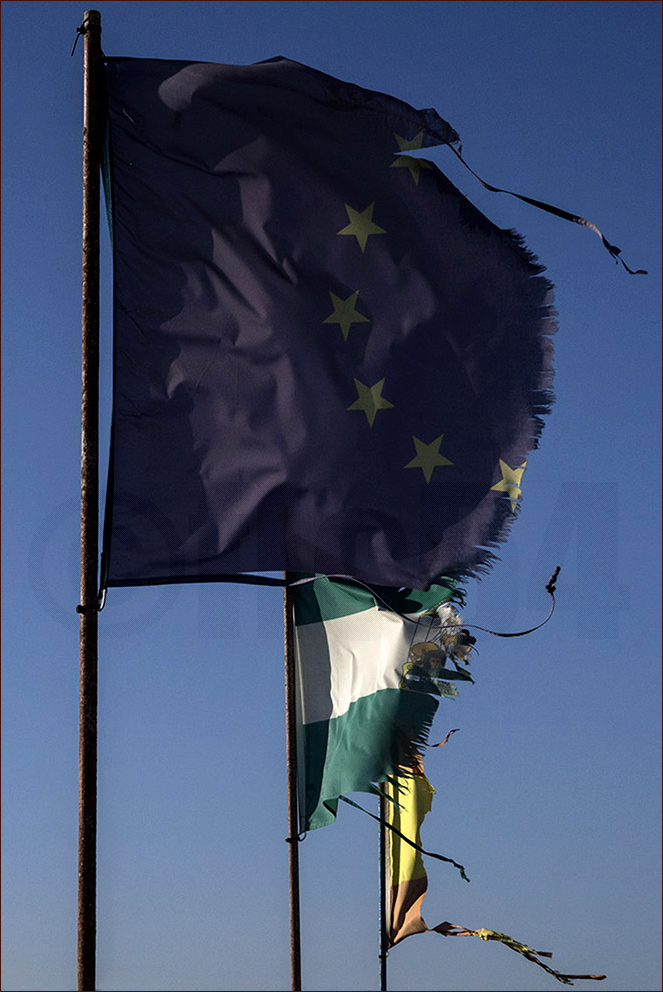